Outlander Season Two, Episode Eleven - Vengeance is Mine
(See below for links to all recaps)

What an opening to Outlander's Vengeance Is Mine.  In case you missed it, the fastidiously groomed wig took a topple in the opening scene. In this case, the snippet was the premonition of an epic head topple (the owner of said wig) at the end of the episode.

Let's not jump ahead. Instead, we hit the war room of the 18th century kind where the leaders of the various factions under the prince debate the next step, whether to march on London or not. Surprising to the prince is that no one is willing to sacrifice life and limb for the cause. They make valid points because let's face it, the prince is full of talk and braggadocio with zero war credits. Plans are squashed even though Jamie is the lone supporter of the prince's half-baked wish to march on London.

Jamie's allegiance to the prince earns him a few haters. They send him off to Inverness with no money, provisions, or horse, for which the prince helped himself. On the way, their campsite is attacked by the Redcoats. There is a heavy loss due to the surprise attack.

Thankfully Claire's expertise saves many lives and serves to remove the musket ball from Rupert's eye. She can also add dentist to her long list of qualifications. Unfortunately the brutality of the various skirmishes provides ample opportunity to hone her skills. With Rupert's serious injury, they are forced to hunker down in a church until he's able to move.

The Redcoats descend on the church and demand that Jamie gives up or be burned out of the church. Jamie and his men know that the redcoats would act on their threat. Claire steps up with her usual impulsive Hail Mary approach to act like a hostage, be taken to the nearest military outpost, and be rescued by Jamie. Worked before, right?

Jamie makes the decision to head out to the Redcoats, but an argument ensues among his inner circle about which one should hand over Claire. In the end, Dougal has the honor of carrying a "fainted" Claire to the British.

But the plan goes south and Claire winds up at one of the Duke of Sandringham's houses with the duke in residence, under house arrest. Claire soon learns why the duke is helpful to her demise. He needs to get back in good graces with the sitting king. His stint in the Tower has made him decide which side he'd rather be aligned.

While under his roof, Claire has several revelations: a reunion with Mary (the duke's goddaughter) and the face-to-face meet up of her attack in Paris. Sandringham uses duplicity to save his skin with the ambush of Jamie. But he underestimated his opponents--The Fraser clan--who are born fighters.  Claire's plan to escape his house keeps him busy.

But the showdown in the kitchen when Claire is frantically trying to escape is unexpected with the addition of Jamie and Murtagh to the mix. And they aren't coming to engage in diplomatic negotiations. At the end, Murtagh takes revenge on Sandringham's head. And in the humblest of offerings, he extends the bloody gift to Claire, as he'd promise after her brutal assault.

It was quite the violent end for a man who was crafty, duplicitous, and manipulative in his schemes. And he wouldn't have cared if either Claire or Jamie had met the same fate as he. Good riddance, duke! Say hi to the Comte.

Share with me what you thought of Season 2, episode 11. While you’re compiling your thoughts, I asked Shelia Goss, author of Rules of Love to share her thoughts of Outlander and tell us about her latest release. 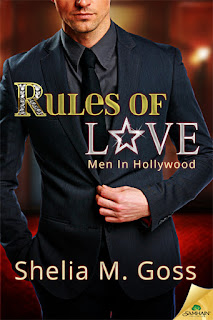 What happens in Vegas, stays in Vegas... unless it goes viral.

Men in Hollywood, Book 1
Jason Lewis lives by one cardinal rule: never mix alcohol with business negotiations. But when he sets out to woo award-winning screenwriter Amber Simone to renew her contract with the management firm he represents, a glass or three is the only way to take the edge off their instant sexual tension.
Outgoing, flamboyant Jason is so not Amber's type, but she can't deny she enjoys his company, especially after the wine brings her out of her shell. Things get a little fuzzy after that, but she never expected to wake up beside him the next morning hungover, naked - and married.
A quick, quiet annulment is the next order of business. Until Tinseltown catches wind of their nuptials, putting them both in Amber's least favorite place: the spotlight. They agree to wait for the glare to fade before seeking a divorce. But one thing that hasn't faded are those darned sparks, and they're starting to look a lot like love...

What do you think of Jamie’s continued transformation as a leader of his men?

Shelia: I love to see how Jamie's character has evolved. I think Claire has a lot to do with it.  As a strong woman by his side, she's been able to give him confidence and she encourages him in ways that I think no other woman would be able to. Of course Claire knowing what's going to happen in the future has given Jamie the upperhand in certain situations :)

Let’s talk about Murtagh. What do you feel about him?

Shelia: I like his character. He's a little rougher under the edges than Jamie. I like the scene in episode 10 when although they won the battle, he, along with Jamie realized, that they might just be prolonging their own demise. Victory was bittersweet.  Murtagh's reaction and facial expressions really drove that point home.

Passion plays a big part in Outlander. Passion for country, honor, and love. How does passion play a role in your book - Rules For Love

Shelia: Passion is at the forefront of Rules of Love. It's problably one of the most passionate books I've ever written. Jason and Amber's personalities clash but after a weekend in Las Vegas, their lives will never be the same. From the moment Jason and Amber decide to take their relationship to another level, the pages of the book starts to sizzle. One reviewer, Love2Read says, "This book was so hot from the start. Amber and Jason's love affair was off the chain."
If you like steamy romances, Rules of Love is definitely the book to read. 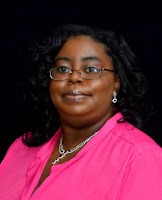 We know Jamie is heroic through the episodes. What qualities make Jason heroic? Is he as sexy delicious as Jamie? LOL.


Shelia: Jason is smart, funny and sexy. He's also flamboyant and his lavish lifestyle earned him a reputation of being a playboy, but in fact, he's the opposite. He wants one woman to love. When he meets Amber, he immediately becomes her protector. He's the type of man who will do whatever it takes to keep his woman happy, even if it means flying halfway across the world to prove his love.

Michelle Monkou writes for Harlequin Kimani, Evernight Publishing, and her indie pursuits with Stella Maris Publishing. Michelle’s website is michellemonkou.com. You can also connect with her on Facebook.