The Wakeup Call that Changed Everything! 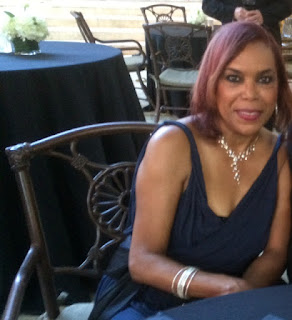 Change can be good or at the very least enlightening. While challenging, and often daunting, it can make you realize what you’re made of, and it certainly gives you an opportunity to reflect and grow.

Like so many others, these last ten to fifteen years have not been easy for me.  I left a long marriage, downsized an executive career, lost parents and animals I adored, and overall was forced to make some tough decision on my own.  There were times I barely made it, but I held on by my fingertips and persevered.

While these past fifteen years haven’t always been laughter filled, I still remember that life changing day in 1988, four days before Christmas when the world got a huge wake up call. On December 21st, a plane literally fell from the sky, starting a chain of events that would later be labeled terrorism.

Pan Am’s flight 103 was on its way back from London to New York when it went down in Lockerbie, Scotland, taking with it many lives. While I was no longer a flight attendant, I worked in a managerial capacity for the airline.  That tragedy took with it 243 passengers, 16 crew members, and  11 innocent bystanders on the ground.

The day when it happened, I was at the Pan Am Building in New York City, interviewing for a marketing position. My interview was cut short and we were all summoned back to our respective departments. My department happened to be crew scheduling, and one of my duties was to accurately staff the planes.  So for all intents and purpose, I knew the names of every flight attendant on board that plane. I had  actually flown with some.   These were real people to me; men and women who were family.  I knew their circumstances intimately.

My office was in Hangar 14. There, phones rang all day. Distraught families began showing up at JFK airport, needing to  get updates or at least be offered words of comfort. We had nothing for them. News dribbled in sporadically.  Groups of employees began banding together. After our regular duties we would go to the terminal to talk with the families who’d lost loved ones. We had no grief training, we were just there to hug and try to reassure these grief stricken people that the airline would get them to Lockerbie somehow. We did the best we could.

During the day I was assigned the Command Center and I had the distasteful job of making sure that if a flight attendant’s body part was identified,  it was listed next to their name as ‘found.’ Gruesome and upsetting as this experience was,  it drove home for me the fragility of life and the need for compassion.

Years later, I was to write a book, (yes a romance) about an airplane that fell out of the sky and how two people who lost friends aboard, were able to work through it and find love.   That book is titled Eden’s Dream and I  released it again with a new cover. 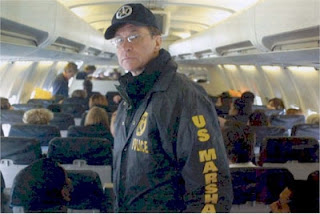 But tragic as this event was, some good did come out of  it.  The world is now better prepared to deal with the aftermath of terrorism.  Transportation companies now have trained Go teams that are dispatched to work with the bereaved and offer what comfort they can. These are usually volunteers who pack up on a dime and head off to the disaster site.  Terminal security has improved greatly. No longer (with few exceptions,) can anyone on a whim, accompany a passenger to the departure gate.  Today, Federal Air Marshals blend in with regular passengers and are on designated flights. 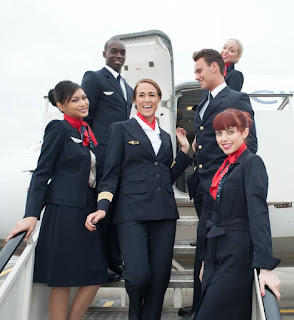 But this blog isn’t about improved security in the travel industry, or about Go Teams, it’s about how tragedy can be life changing.  As  a result, I am a trained crisis manager today. I have learned to be more compassionate while remaining unflappable.  I have learned not to take one day for granted, and I have gained an even deeper respect for my former colleagues, crew members who go to work day after day, never knowing who might be on board and if they’ll actually come home.

I have learned that a smile and genuine kindness can go a long way.

Oh my, Marcia. I'd never really thought about the reality that no one had bereavement counseling skills in the travel industry in general. It's a testament to your humanity that even in crisis yourselves, you and your fellow employees knew what was needed. Those hugs, just being there, holding hands, listening and bring what comfort you could did immeasurable good. From darkness comes light. I may rail at some of the safety measures in place but your story reminds me of the high price so many people paid that December long ago.

My Dad was a Pan Am pilot in the era of hijackings and later, Lockerbie. We worried about him every flight, but we knew the civilized world couldn't give in to terrorism.

Thank you for sharing your experience with us, Marcia.The capacity for people to come together to support and love one another in horrific circumstances never ceases to amaze me!

Thank you Judith and Sarah for such lovely notes. Sarah, I may actually have flown with your dad as my very first base was Seattle.