Romancing The Genres is excited to introduce you to V.C. Buckley whose debut New Adult Romance "Hanami" is being released this month. We asked V.C. to share a bit about her writing and herself.

What inspired you to write this story? 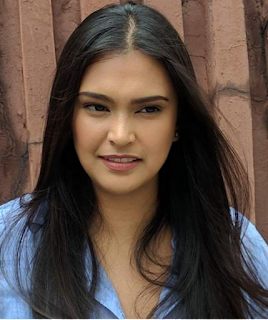 It started with a "what if" after seeing someone get bullied. My mind started to wonder: What if the girl they bullied was actually someone they shouldnt be messing with? Or what if that girl ends up being a daughter of a mafia boss, and at any moment she will transform and fight back?

And that was how Sakura was born and my novel--Hanami came to be. In this story, I showed a dangerous girl trying to master her demons, but right before she loses all trace of humanity, she falls in love.

What do you love about writing New Adult?

I love writing new adult for its versatility. It is the age of countless discovery. Like a closed door that's finally been opened, allowing you access to a great world with no limit and many surprises.

Here's a bit more about Hanami: 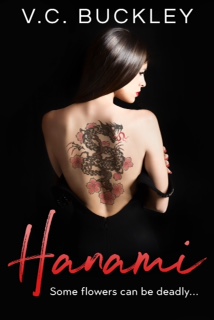 "I am no princess... I am Yakuza," says SAKURA SHINTANI, the next leader of the Dragon Clan- Japan's most notorious crime dynasty. But can she keep this fact a secret, as she completes a training program where the world's richest brats come to converge, challenging her willpower from hurting anyone and keeping her violent tendencies at bay? And having the face of an angel puts her on everyone's  radar, including the arrogant KENJIN KIYOHARA- heir to Asia's most powerful tycoon, who ignores her murderous glares and manages to get annoyingly close.

He senses the danger... but Sakura is too interesting to be left alone.
HANAMI was a finalist in the romantic suspense category of the BEACON contest sponsored by RWA's First Coast Romance Writers.


V.C. Buckley is the author of HANAMI, a romance novel debuting in September of 2017 under Passion in Print Press. She is half pirate and half ninja which allows her to write on a boat that sails to wherever the wind takes her, along with her trusty Captain Husband and two acrobatic sons.

You can connect with V.C. here:

I love your beautiful cover for "Hanami". What a fascinating story! And what an interesting journey to publication you have had.

Is this the first book in a series?

Thanks for joining us today! I agree with Diana, your cover is beautiful. Who do you use for cover design or did you do that yourself?

Thank you Judith :)
The Cover was made by the talented Debbie Bright of The Cover Collection.
-V.C. Buckley

I really like your reason for writing New Adult stories. I hadn't thought of the genre in those terms, but what you said made total sense to me.

Loved your excerpt and your cover!