Diamonds 'Til Death Do Us Part

When diamond smuggling leads to murder in the Land of the Midnight Sun, diamonds aren’t geologist Petra Paris’ best friend. Is her life worth a fortune in diamonds? 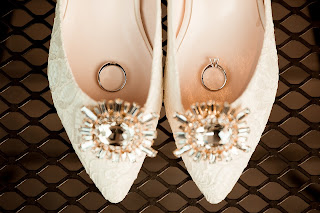 My romantic thriller Diamond Hunter is set in the subarctic Canadian tundra in July. People’s image of the Arctic is of an icy winter wasteland. However, the short summer is spectacular. The “Barren lands” of central Northwest Territories aren’t that barren. They team with wildlife. There are no trees, but brush and tiny flowers covering the rocky terrain create a tapestry of color. 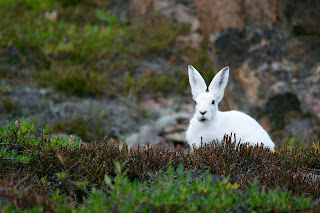 The diamond mine workers in my novel go fishing in their free time. Since the summer sun never sets, that could be at midnight. 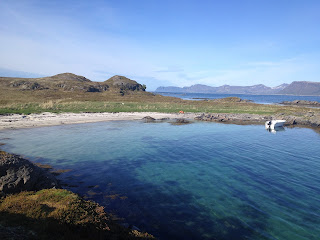 The subarctic is vast, covering more territory than many European countries. Finding rock containing diamonds can be a geologist’s life work. Many try but very few strike it rich.

When a geologist discovers garnets, she gets excited. That’s because diamonds may be close by. Garnets and diamonds are both formed by heat and pressure deep in the earth, and then pushed in molten rock (kimberlite) through a fissure to the surface. 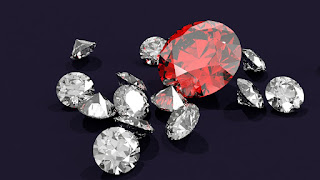 Canadian diamond mines are either surface mines, underground, or a combination. Diamond Hunter is set at an open-pit mine.

Massive trucks haul tons of broken rock to a processing plant. In the novel I describe how rough diamonds are separated from crushed rock and stored on site before being shipped out. Then a highly skilled diamond cutter cautiously cuts 57 facets and polishes a diamond to round, light-reflecting brilliance—a process that can take two weeks.

Canada’s diamond mines produce some of the highest quality, environmentally-friendly diamonds in the world. Many engaged couples choose a Canadian diamond over “blood diamonds” aka “conflict diamonds” produced in Africa.

Look for a Canadian diamond that is laser-engraved and comes with a certificate of origin. 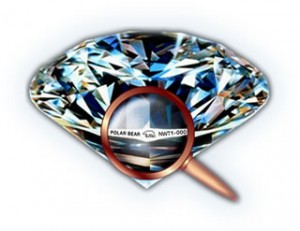 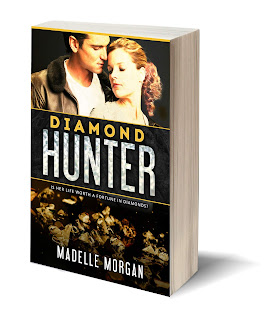 Colorado geologist Petra Paris must clear her father of fraud charges by collecting fresh rock samples at an open-pit diamond mine in Canada’s far north.

Then someone tries to frame her with stolen uncut diamonds. Petra needs protection.

Local pilot Seth Cooper, an undercover cop with the RCMP Diamond Protection Unit, needs access to the mine complex. They strike a deal to have Seth pose as her boyfriend so he can overnight on site.

In their bedroom under the midnight sun, Petra fights magnetic desire to sample her bodyguard’s rock-hard body. The prospect of intimacy hot enough to heat up the Arctic is a deadly distraction. She needs to focus on her mission. Besides, Seth is commitment-phobic; his job put his ex-wife in danger.

With cops closing in, escape blocked and millions in stolen diamonds at stake, desperate smugglers ramp up to murder. The isolated mine site becomes a death trap. Seth must expose the villains before Petra becomes the next victim.

Wow! I never knew a diamond could be laser-engraved. Definitely, should I want diamonds I'll look for a Canadian one. Love the idea of a quality environmentally-friendly diamond. So cool that you've used your personal experiences as a geologist in this book. Always makes a book better when it is based on reality.

I told my husband I don't want diamonds because of the situation in Africa. Now I can revise my answer to, "I only want Canadian diamonds!" Diamond Hunter is a gem of a book!