Contemporary Romance – The Demons Within

I was first published in 2006 in romantic suspense. As I wrote in my previous blog, Romantic Suspense – Finding the Hero Inside, romantic suspense is my first love. But after my first two published novels – both romantic suspense – I received an email from my agent. She explained that my publisher had told her the romantic suspense market had sprung a leak and they wanted me to now write contemporary romance. I turned to my husband and said, “I don’t think I can plot a story without a dead body.” But I was willing to try. 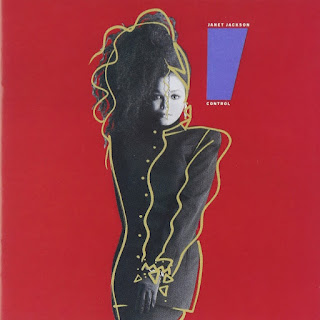 The light bulb came on pretty quickly. It occurred to me that protagonists in contemporary romances typically aren’t forced to confront external villains like murderers, arsonists and kidnappers. But they often do confront internal villains that are equally life threatening. I refer to these as The Demons Within: phobias, self-doubt, low self-esteem, the list goes on.

My goal with my contemporary romance stories thus became identifying The Demons Within my protagonists. What was preventing them from realizing their full potential? What was blocking their individual happily ever afters? What was keeping them from being happy with each other? My story’s journey would show readers how the protagonists’ relationship first escalates their struggles against The Demons Within, then helps them vanquish those demons.

We all have experience with The Demons Within, whether our personal demon is a negative self-image, shifting self-identity, fear of failure, fear of success, the list goes on. These are relatable human frailties. Whether we’ve vanquished our demons or the struggle continues, we can empathize with others who are fighting the good fight. 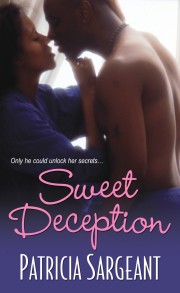 I had my Aha Moment for my first contemporary romance heroine, Joan Brown of Sweet Deception, during an exchange with two coworkers from a previous day job. My then-coworkers were happily filing me into a box. Imagine my surprise. Not only do I not like being put into a box, I particularly didn’t like the boxes they’d chosen for me. Those boxes were boring – and limiting. And, most of all, inaccurate. But as authors often do, I found the seed of an idea in this discomforting experience: What if my heroine struggled with self-identity? Do we define ourselves or do we allow others to define us? I also was inspired by Janet Jackson’s 1986 single, “Control.” In that song, Janet Jackson describes allowing her parents to define her until she decides to take control.

I enjoy romances that explore human frailties. They allow the characters a measurable and often steep character arc. What types of conflicts do you enjoy in your contemporary romances? 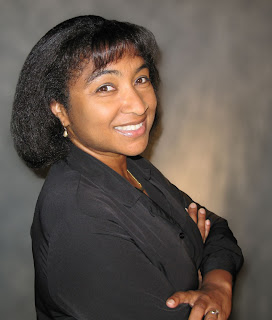 Patricia, Interesting how you made a shift between writing romantic suspense and contemporary romance. I like the concept of The Demon Within. Glad you took a true life experience and used it as the foundation for a story. IMHO those are the best kind of stories.

I really enjoyed your blog post. And your story sounds intriguing .