Romance Authors are Writers of Influence by Dora Bramden

This months topic of writers of influence got me thinking about how many writers have influenced me. One thing they have in common is that they wrote romance, relationship stories with a happy ending. 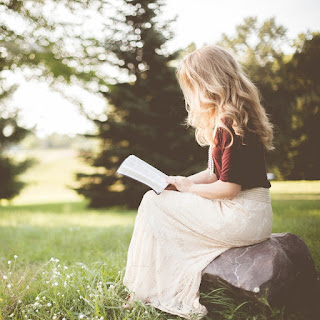 The romance genre was once overlooked as having cultural influence. Probably due to it being written mainly by women but also because it appealed most to women. But that is precisely the reason it should be given credit. Male historians weren’t so interested in social change outside of war and politics. But now women historians are asking questions that pertain to the lives of the female role models and people of note. Also, romance writers have an impact, on the women who read them, their family life, roles in the workplace and their roles of responsibility in general.

While the male gender had for so many years dominated what women read about themselves,  the rise of female romance authors changed that. They started telling stories with female main characters that shaped their world and made life better for themselves and the community around them.
Women reading these stories saw heroines proactively participating. Powerful and making things happen. Female characters modeled empowering behavior in the books women read.

Change is slow, and I know there isn’t really a direct link that I can point to, but the rise in women’s power came when they started to take their place among the ranks of working men. Jane Austen was a Vicar’s daughter and never expected to earn money. But in publishing her stories, she gained some independence and a voice through her novels.

Because her letters to her sister were published, we have been given an insight into her attitudes toward society, and it’s inequities. In her life she chose to reject marriage as an institution, refusing to wed without love. She wouldn’t give up her independence because society told her that was her only way of having success.

This has enabled us to see that those views paralleled in her works of fiction. Elizabeth Bennet refused Mr. Darcy’s first marriage proposal because she wouldn’t give in to societies pressure to marry for security alone. It had to be a marriage that gave her something more substantial. It had to be about love.

Romance as a genre has traditionally been a male and a female who look to form a loving relationship. This has been the same since  Charlotte Brontë, published Jane Eyre under the pen name "Currer Bell," in 1847. Jane was dependent on her circumstances, however, was never subservient. She used every bit of power available to her to be self-determining. The pay off was a  happy ending with the man she loved. This was a time when women were expected to be little more than a helpmate for a man and to provide him with children. She saves Mr. Rothschild from a lonely existence.

Since those early days, when women often chose to publish under a male name so that they’d be taken seriously, we have come a long way in the quest for rights for women. We are now sitting in the houses of parliament and running countries. It’s not hard to imagine Jane Eyre stepping up should the occasion arise for her to use her power of intellect for the good of all.

Over the last couple of centuries, romance novels have continued to keep pace with women’s empowerment. Romance novels now contain women in roles that give men a challenge intellectually.
A favorite novel, ‘The Accidental Tourist’ by Anne Tyler is a masterpiece.  Muriel is a dog trainer who takes Macon’s dog in hand and teaches him to respect her. Although she is poor, she’s extremely resourceful. When Muriel and Macon fall in love, he thinks they’re too different. Muriel finds a way to show Macon that she’s the right person for him. She follows him on a trip to Paris. He’s amazed and can’t work out how Muriel has managed it. She goes over her elaborate arrangements with him, including calling in favors and doing trades. This teaches him to respect her and her talent for making things happen.

A recently published romance called ‘In At The Deep End’ by Penelope Janu has a heroine,  Harry, who has been strong enough to keep alive the foundation set up by her environmentalist parents, even though she was orphaned when a teenager. Her love interest arrives in the shape of a Per, navy man who wants to conduct important scientific research in the Antarctic. He wants to bark orders and have Harry fall into line, but she’s never going to do that. She wants to back his research and works to make his expedition a reality, but she does it her way. She earns his respect and grows through knowing him. It’s the way relationships should work. It models men and women as equals, working together. Each has to adjust their attitudes so that they can become a united couple.

I could cite many more romance writers that use the critical ingredient women having an equal footing with men, pursuing their dream job and being proactive and capable but I don’t have space to do them justice in this blog. Safe to say, regarding women in literature being depicted as intelligent, active human beings, romance writers are continuing to inspire and model feminine strength to readers.

Well said, Dora and so true! And as an author, it is one of my main reasons to write and publish my books.

You put my feelings about writing romance eloquently, Dora! Thank you also for the historical perspective on the evolution of the genre. Well done!

Excellent blog post! I saw "The Accidental Tourist" many years ago, great movie as well. I enjoyed reading your examples, spot on!

I haven't read most of the books you mentioned, but I did recently read Jane Eyre. I realized that Charlotte Bronte wrote quite the subversive book for her time. She wrote a novel that says,"Men can be hypocrites and jerks, and things may look pretty bleak, but hey, girl, you CAN win in the end."

Jane got both the man AND the upper hand in the end. Frankly, Mr. Rochester was quite the cad and womanizer, trying to make Jane jealous by forcing her to watch him flirt with another woman, hiding his wife in the attic, and actually taking Jane to the alter where the wife's brother exposed the mad woman's existence. Jane's reputation would have been destroyed by bigamy. She flees that fate worse than death but almost dies of exposure. She rebuilds her life.

Yet in the end Mr. Rochester is redeemed by being blinded in a noble act. After Jane gets an inheritance and doesn't NEED the security of marriage to survive, she returns to Mr. Rochester. Supposedly she returns due to love. As it plays out, she's actually turned the tables and is the boss in the marriage because, blinded, he is dependent on her. It's a story of empowerment that encouraged women of the time to be independent and make choices on their terms. That's what romance does - empowers women :)

This post made me think about why we write romance! thanks.

It's a motivator for me too. I want my stories to enrich women's experience.

I really enjoyed putting this post together. It gave me the opportunity to revisit the gifts these authors gave me.

Thanks Diana. The mivie was fabulous. Loved Gena Davis in the role.

Loved reading your story breakdown of Jane Eyre. Thanks for sharing that. It illuminates the strength of Jane so accurately.