International Films to Take You Away


I like to both read and write about characters, situations and places outside the ordinary. That's one reason I am an advocate for diverse books. I have just started mentoring a diverse aspiring author of middle grade fiction.  I'm working with a group of authors to make a presentation on stories that stretch the imagination and present readers with windows that open up to diffrent peoples, lifestyles and locations.

It turns out, I also like viewing stories about diverse characters from all over the world. 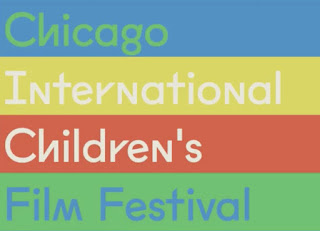 This past weekend, I sat through eight full length movies from all over the world in two days. It’s part of the experience of being a judge for the 39th Chicago International Children’s Film Festival (CICFF) at Facets Cinémathèque in Chicago, Il.

I’ve been a judge for six years, which means I have looked at everything from live action feature films, animated feature films, documentaries, and animated short films from countries across the globe. I’ve learned some amazing things about people and places I never would have otherwise. CICFF is the oldest children’s film festival in the western hemisphere. It also serves as an Oscar qualifying festival for several categories.

One thing I liked about the judging is that we were not left out to hang on our own. Facets, th Chicago sponsors, require judges to watch and rate every film in their category. New judges are required to attend a judges training session, returning judges, like me, are encouraged to attend as well. 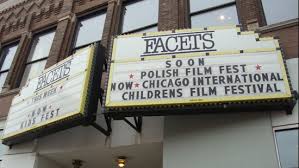 Judging has just been completed, scores are being tallied, and judges comments weighed. The festival itself will open to the public in early November. Winners will be announced on the final evening of the festival. Schools from all over the city send groups to the festival to view these marvelous films.  The festival gives both adults and children the opportunity virtual world travel by watching what filmmakers from other countries are creating.


Of the eight films in my category, I found four truly memorable.

H Is For Happiness is an Australian film about an Anne of Green Gables like girl (complete with bright red hair) dealing with adolescence, the pending breakup of her family, and a new neighbor whose head injury leads him to believe he comes from another dimension. Like all good children's stories, the action is child-driven and the sights are beautiful.

Speaking of sights, the cinematography of  the Dutch film, My Extraordinary Summer With Tess, gave a breathtaking, you are there feeling to this story set on a vacation island. In this coming-of-age story, the protagonist has reached the age when he begins contemplating death, from wondering how the last dinosaur felt  just before the end, to realizing that as the youngest, he is likely to outlive his family and someday be alone. Fortunately, he has a wacky but loving family, and a neighbor on the island, Tess. she is having her own family crisis that sucks him in, takes him all over the island, and teaches them both that death is the last thing they should be spending mental energy on. For me, this was one of those stories that had a universal appeal.

The same could be said for Too Far Away, a German story about Ben, forced to move from his hometown when it is demolished by an open pit coal mine. The friends he left behind seem to have forgotten him. But there is another new kid in his new school, Tariq, a Syrian refugee left terrified by something as commonplace as the sound of a fire alarm. They begin as rivals in school and on the soccer field where they both want the same position (and Tariq is better) but end as friends when Ben organizes a class project to help Tariq find his older brother, the only surviving member of his family. The story is both culturally authentic and timely, and the resolution cements what may well be a lasting friendship between these two boys with different, yet essentially similar, backgrounds.

The fourth film that stuck with me was Romy's Salon, a Dutch film about Romy and her mother who are dealing with grandmother's growing dementia. Stine, the grandmother, starts off as a Romy's reluctant caretaker while her mother works. Just as Romy they get to know each other and become friends, her grandmother starts drifting away. Soon the roles are reversed, and Romy defies her mother, taking her grandmother -- and viewers -- on a scenic trip across Europe to Stine's childhood home in hopes of making her happy. This story is coming of age with a vengeance, as well as another universal story for anyone, young or old, who has found themselves in a caretaker role.

I think I like judging in this festival most of all because I get to see the kinds of stories that seldom get made by Hollywood. They are not dumbed down for kids, on the contrary, they will make both kids and adults really think, as well as show us other parts of the world in a meaningful way.

I don't know which one will win, but I know that whichever one does will be deserving. And all are worth seeing. If you ever have a chance to see one of these, or other foreign films for children, sit back, relax, and enjoy.

B.A., and they are timely for this day and age. Our children are out future and for them to find a better way forward is my hope. In each of these films you describe love, caring, compassion, hope and love. Seeing our humanity when we look in another's eyes and finding a way past the obstacles so we do connect.

What a wonderful experience for you. I enjoyed hearing about the movies. Thanks!

Wow, B.A.! Your reviews made me want to see all of those films, and to share them with my teenaged grandchildren. An international film festival, it doesn't get any more diverse than that. You find so many ways to "walk the walk" along your chosen road of service. Great post!