What do a former army sniper and an uptight ghost tour guide have to do with each other? Well, there’s the way the army veteran gives the woman-with-better-things-to-do soldering glances. And the way the French Quarter ghost guide can’t seem to turn around without running smack into his broad chest. But they’re both beating the bushes to find her hearing-impaired younger brother and decide to do that together—for totally different reasons.

Let’s do a quick Q & A about my romantic suspense, WALKING THE EDGE, which you can find in the groceries and the drugstores and on the shelves of all major book retailers RIGHT NOW! 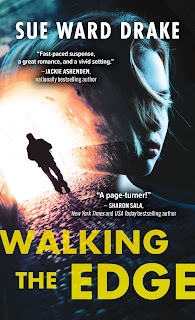 What did you like best about writing Mitch and Cath’s story in WALKING THE EDGE?

One of the best things about writing a story set in my old home town is that I get to vicariously relive all my favorite things—the rich aroma of coffee and chicory from the French Market coffee stand, the piquant bite of boiled shrimp, the winter fog rolling over the river levee and creeping through the dark streets.

Another thing that was fun was returning to New Orleans and photographing locations where the action takes place—and actually being tourists this time. Because lots of readers have visited New Orleans, and I wanted to be sure I evoked the sorts of memories they might have.

You can see some of the locations and images I used to inspire the scenes in this story here: https://bit.ly/33ZmTeE

What about the character’s growth issues do you identify with?

The hero, alpha to the core or my gosh how would he have survived the army for fourteen years, needs to step back from being so goal-driven. He has to realize he’s doesn’t need to prove himself to his older bothers because he’s worthy as he is, flaws and all. The heroine struggles with trust and how to protect the only family she has.

There’s Cath’s ex-boyfriend who fancies himself a fashion plate and is more concerned with his appearance than his personal relationships.

Her office manager, modeled off one of the dear friends I had while living in the Quarter.

There’s Mitch’s three brothers, Kurt(who’s hearing impaired with some of the same problems I’ve got), Jack, and Hal, all of whom don’t mind telling Mitch what they think about his lack of progress—and his relationship with Cath.

Then there’s Mitch’s elderly aunt with her daytime soaps and her penchant for collecting Mardi Gras beads from all the carnival krewes. 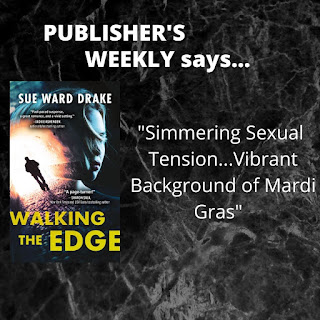 Readers have described WALKING THE EDGE as a page-turner. Action-packed, exciting—and fun!

Ex-army ranger Mitch Guidry never should have let his brothers talk him into joining them in the Big Easy. Particularly when they have him going head-to-head with the very last thing he needs: a feisty redhead who has more opinions than even his hard-headed brothers. Loyal and overprotective to a fault, Catherine Hurley will do everything she can to stop Mitch from finding her fugitive brother...and yet, he can't get enough of her.

Cath should be furious with the overbearing ex-ranger who shows up on her doorstep looking for her brother. Sure, Mitch Guidry is hotter than a Louisiana summer and pushes every one of her buttons, but he's also an immediate threat to her family, and family is everything to Cath. Unfortunately, the only way to save her brother is to stick to Mitch like glue. But sharing close quarters with him while they search for her missing brother together proves to be more than a little challenging...particularly when it comes to protecting her heart. 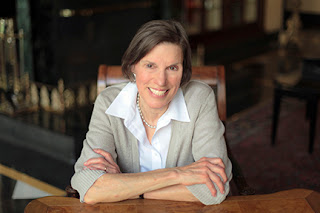 A survivor of the devastating hurricane Katrina in New Orleans, Sue Ward Drake currently resides in Nevada where there is zero percent chance of a hurricane. A former Harlequin author, she loves giving her readers romantic suspense laced with dynamic characters and presenting workshops on creating a hearing impaired character.

Love reading about how you crafted your characters, and about the New Orleans "feel" you put into your story. And fun photos on Pinterest. I started your book, but world and national news got in the way of any reading this week. Can't wait to see how this story unfolds.

Hey, Deb! Thanks for stopping by. I'm so glad you're enjoying the story. A good friend of mine from college said she enjoyed hearing about the wrought iron being used on the French Quarter balconies. I hesitated to use that detail but I had to write a tour guide spiel for my heroine, Cath.

Sue, I received my copy in the mail yesterday. Started reading it this morning. I've never been to New Orleans but hope to make it there one day. I've only read two chapters and I can feel the tension between the main characters. Looking forward to meeting the secondary characters. Congratulations on the new release!

Thank you, Paty! Enjoy your visit to the Big Easy! I tried to mention things about the city most natives take for granted. And coming up with secondary characters was fairly easy as the city attracts a lot of eccentric characters. New Orleans has really maintained a lot of its regionalism. I hope you enjoy the story as much as I enjoyed writing it.

Sue, Congrats on your new release! It sounds like a great story. I'll be sure and pick up a copy when I put my next book order in.

Hope you enjoy the story. I'm excited by some of the reviews I've gotten.
Thanks for stopping by.

Congratulations on your new release. So happy you have had such a good response. I got my copy on preorder and will be sitting down to start reading in the next few days. Looking forward to it. Thanks for sharing some of your thoughts on what things you chose to include and your characters.

Thanks for being our first guest in 2021, Sue! I've got a print copy of your book ordered. I've been to New Orleans once and hope to recognized a few of the famed landmarks I saw in person.

Thanks, Peggy and Judith. Enjoy!