Joan Ramirez salutes her Uncle William, A Man for all Seasons

I give a literary salute to all the veterans on their special day by talking about a man with dignity, humility, and grace: My Uncle William, a Brooklyn, New York pharmacist who served his country on the North African and Italian fronts in WWII. He was a Renaissance man who spoke, read, and wrote fluent Italian, played the harmonica and piano, and could recite Shakespeare’s works from memory.

This selfless man once saved a customer’s son from choking when something caught in his throat while William was preparing his father’s prescription.

As a medic on the battlefield, William could tend to a soldier’s wounds with precision, care, and compassion.

His commitment to keeping the troops focused never wavered. When their Higgins boat landing craft neared the bullet ridden Italian coastline, William pulled many wounded soldiers to safety behind rocks, ignoring his own welfare to comfort a dying comrade. In North Africa his medical efforts to shield the wounded from the constant onslaught of a blazing sun were known throughout the platoon.

From sprained shoulders to shrapnel in the knees and everything in between, he kept calm and administered aid to America’s finest patriotic soldiers.

At war’s end, each year for the rest of his life, he donned the uniform he’d worn overseas with honor and dignity and saluted his fallen comrades.  He never stopped waving the Stars and Stripes in his hand.

Now, it is up to me to carry the torch and honor his Great War and peacetime deeds by publishing his war memorabilia, a testament to his dedication to this country. 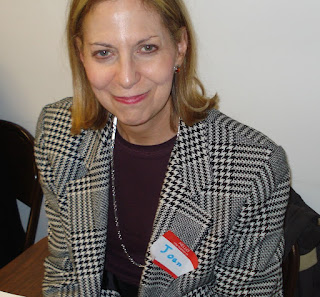 You can learn more about Joan by visiting her WEBSITE:

Judith is a gem

Thanks, Lynn Lovegreen. My Uncle was an incredible man for all seasons. I adored him. Have a lovely holiday season. A round of applause to Judith as well. Joan Ramirez

Lovely tribute to your uncle and all who served.