Why Scotland? or What drew you to write Scottish Romance novels? 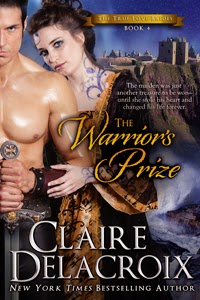 I've written medieval romances set all over Europe, but after I traveled to Scotland, I knew I had to use it as a setting. I loved visiting all the castles, both ruined and maintained. The land is also very beautiful and the rich history is inspiring, too. I love to include folk tales in my books, as well as fantasy elements, and Scotland has a wonderful history of stories about the Fae.

When writing Scottish Romance novels, besides the story, what is it you want to convey about Scotland and that time in history to your readers?
Throughout the medieval era, all over Europe, there's a persistent notion that more is going on in the world than what we mortals notice. Many cultures tell stories of otherworldly beings, of gods walking amongst us or even of the intervention of the divine in our world. I love that sense that so much is possible, and also that much of what's happening is hidden. The idea of worlds parallel to our own is fascinating. In my most recent Scottish-set medieval romance series - The True Love Brides - the family at Kinfairlie was caught up in events in the realm of the Fae, because their holding of Kinfairlie is said to be a portal between the worlds. I finished that series with The Warrior's Prize, which was published in December. http://deborahcooke.com/claire-delacroix-books/the-true-love-brides/

What about research? Do you love it or is it a necessary evil?

I have a degree in medieval history, so you can probably guess the answer to that! I'm at my happiest with piles of research books on and around my desk, and maps spread across the floor of my office. 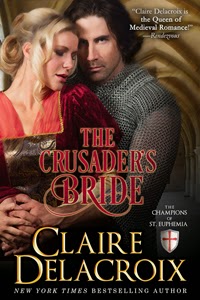 What can we expect on the book shelves in 2015?
This year, I'm starting a new medieval romance series called The Champions of St. Euphemia. A group of Templar knights set out together from Jerusalem, entrusted with a parcel to deliver to the Temple in Paris. They very soon discover that the parcel is sufficiently valuable that someone will kill for it, and realize that they know very little about each other, and the women who have joined their small party. There are four stories in this series, following their journey across Europe to end with a wedding in Scotland. The Crusader's Bride is the first book and it will be out in June. http://deborahcooke.com/claire-delacroix-books/champions-of-st-euphemia/the-crusaders-bride/

You can read an excerpt on my site or download the first chapter from my online store, right here. https://deborahcooke.selz.com/ 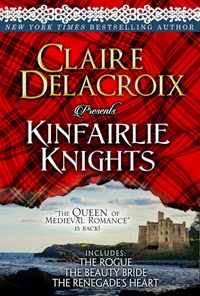 I also have a new Scottish medieval romance boxed set publishing on February 24. Kinfairlie Knights includes three full length Scottish medieval romances, each of which is first in a series. The Rogue, The Beauty Bride and The Renegade's Heart are all included, and it's specially priced at just 99 cents through March 18. http://deborahcooke.com/claire-delacroix-books/boxed-sets/kinfairlie-knights/

I'm planning to write the story of the last sibling from Kinfairlie (that's Ross) and launch a new series set at Inverfyre in the Highlands, after the Templar series is done. That might just squeak into the 2015 release schedule, so stay tuned!

Tell us a little about your writing process for example are you an inveterate plotter, a write-by-the-seat-of-your-pants author, organic, or some mix of them all.
I'm naturally a pantser but 20 years of working with publishers has convinced me of the merit of a synopsis. I now write the first sketch of the synopsis (maybe a paragraph) then the first chapter of the book. That gives the characters a chance to speak up and interact, and gives me a sense of the story's strengths and weaknesses. Then I finish the synopsis (8 - 10 pages double spaced) and then I dive into the writing of the book itself. One thing I do that is apparently unusual is that I revise continuously - whatever is behind me in the book manuscript has to be clean for me to envision what's next. In that way, by the time I write the last scene of the book, the rest has been edited and revised multiple times. I usually write the last scene, read it once, then spell check and send it to my editor. From what I understand, not many authors write that way, but it works for me. 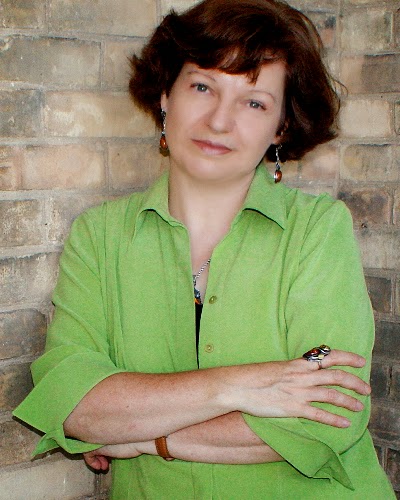 Deborah was the writer-in-residence at the Toronto Public Library in 2009, the first time TPL hosted a residency focused on the romance genre, and she was honored to receive the Romance Writers of America PRO Mentor of the Year Award in 2012. She’s a member of Romance Writers of America and of Novelists Inc. She is an avid knitter, and lives in Canada with her husband.

Welcome to RTG, Claire! We are honored to have you.

There's a lot of interest in the Knights Templar at this time. What a wonderful idea for a series!

Thank you for Guesting here at Romancing the Genres.

Thank you for hosting me, Sarah! I'm looking forward to chatting with everyone here this weekend. :-)

What a terrific post! We're delighted to have you with us. The minute I set foot in Scotland the history came alive. You show that so well in your books. Thank you, thank you!

We're so glad you could join us, Claire.

My trip to Scotland and my visit to Roslyn Chapel are highlights! While I may have fallen in love with the countryside (my hundreds of pictures of the mist rising from the hills proves that) my penchant for research is nil.

Very cool about being the Toronto Public Library writer-in-residence! The reality you shined the light on the romance genre in general and Scottish Romance only makes it more special.

I enjoyed your blog post! How wonderful you write a period of history you love. Someday I'm going to Scotland. It's been a life long wish. I'm off to purchase the Kinfairlie Knights. What a deal! Good luck with all your goals for 2015 AND beyond.