Make a difference - Give where it's meaningful! 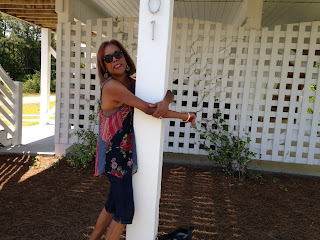 Every time I open my mailbox I’m flooded with solicitations urging me to give, give and give! One story is more heartbreaking than the other. I’ve learned about diseases in countries I can barely pronounce.

But with the controversy surrounding charities, it’s smart to pick and choose.

I’ve had experience with one such questionable charity while researching my book, Just You. 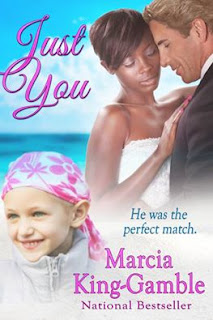 In doing my research, I found a story similar to the one I was writing. A young woman had been diagnosed with lymphoma, undergone a stem cell transplant, and had complications resulting in her untimely death. As a result, her father, a well-known scientist had set up a foundation in her name. He took my call and seemed pleased that we could collaborate together. He would answer questions (i.e. help me in my research,) and in exchange, I would promote his daughter’s website while promoting my book.  It sounded like a win-win to me. We’d each gain something. We spoke many times and then he fell off the face of the earth. No return calls, nada!

My book went on to be sold several times, but never published. I updated it and decided to check out the foundation’s website and see what was new. Lo and behold the site no longer existed. This of course prompted me to investigate. What I discovered sickened me. This man had used his child’s death to defraud many people. One former employee quoted him as referring to the people he allegedly wanted to help, as “cash cows.”


The Center on Philanthropy at Indiana University, says it’s not those with money that give the most. It’s actually average Joe - people making less than $50,000 a year that donate  roughly about 4% of their income to charity, while those earning more than $100,000 give about 2%.

Isn’t this even more reason to ensure your money goes to the right place?

Since allegedly, there are plenty of bogus charities or even wasteful and ineffective ones, why not research and make sure your hard-earned dollars are well spent.

So how do you pick wisely?

Research your cause.  Charities are a business and businesses have agendas.


Don’t donate the moment you get that call. There’s always the chance you’ll give money to an organization that isn’t a charity at all, or one where most of the proceeds go to the friendly voice on the phone - a professional fundraiser.

Any legitimate charity should have a working phone number and a verifiable mailing address. Ask some basic questions of a live person. For example, what is that charity’s purpose? What are their short-term and long-term goals?

The organization you’re interested in should be upfront about how donated money is spent. Don’t be afraid to ask what percentage of your dollar goes towards the actual services versus how much is spent on administration or fundraising. Did you know some keep anywhere from 25 to 95 cents of every dollar collected?

The American Institute of Philanthropy (AIP), a watchdog for charities, recommends supporting a charity in which at least 60% of your donation goes to the charity and not to administrative or fund raising efforts.

CharityWatch.org, says that a top-rated charity is one that spends 75% or more of its budgets on programs and $25 or less to raise $100 in public support. There should be an “open-book” status for disclosure of basic financial information and documents to AIP.

The annual Forbes list of the country’s 200 largest charities also contains important information. This is another good source to check to see if the charity you’re interested in uses funds wisely and efficiently.

Review a charity’s privacy policy. Make sure that your name and personal information is not handed off to the highest bidder. Some charities sell or trade names and e-mail lists with other nonprofits, as well as list brokers, mailing houses and telemarketers.
Choose a small cause that’s important to you. Read your local paper and determine who needs help right now. A small amount of money can make a significant difference in someone’s life. You can also make small regular donations throughout the year. By getting personally involved in your cause, you will know how your dollars are being spent.

A couple of my favorites are listed below: 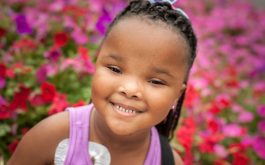 Khamoni’s mother was afraid her disease wasn’t survivable, but St. Jude has increased the survival rates for Khamoni’s type of leukemia to 94 percent today.


Marcia King-Gamble is a Caribbean American author. She's been published since 1998 by Kensington, BET, St. Martin's Press and  Harlquin. Find her on Amazon, Barnes and Noble and Apple. Recently she joined the Indie World.

I totally agree about donating time and money to a charity close to home. I used to donate to national charities. Then I thought 'Why donate to the Humane Society when I have the Oregon Humane Society' ten minutes away? It isn't that I think the big national organizations aren't valuable, it's just that I think my dollars can be better used by people I know doing work where I personally see the difference.

Interesting to know that average Americans donate a higher percentage of their income than the wealthy Americans.

I was surprised to learn that those with minimal incomes are more altruistic. I am a firm believer that those that give eventually get! It's The Secret!

This is a good post, Marcia. There are so many people who give and don't do the research. My dad is an example. He doesn't have money to give, yet every time someone calls he gives. He doesn't check the out. And he considers himself highly intelligent...

Your dad's heart is in the right place Paty. Thanks for stopping by.