The Christmas Promise is my winter release in Canada this year, both in ebook and print (look out for it in paperback in your local Costco store). The US liked the Canadian cover so much that they’re bringing it out too - this year as an ebook and next in paperback. 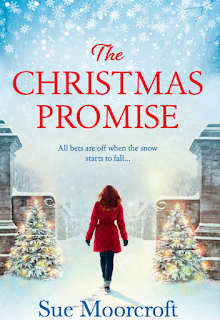 The Christmas Promise came out in the UK in 2016 and the ebook went to #1 in the Kindle UK charts. It stayed there for about five days, during which I felt as if I were living in a dream.

The ebook and paperback UK cover are quite different to the North American cover and even have different colour values to each other. The paperback had plenty of ‘bling’ and the ebook the kind of contrast that works well on screen.

It has since come out in German.


In Italian. First as a beautiful hardback.
Then as a pocket-sized version.
And in Danish. 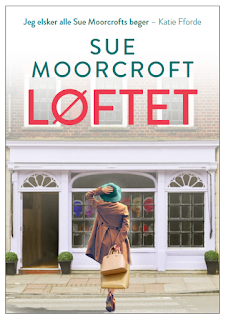 In Germany it was a bestseller in 2016 and has been reprinted at least five times in paperback. You can see that after the first printing the title font colour was changed to stand out more. This year, it’s out in a pocket-sized version. This is seriously cute yet isn’t abridged at all. 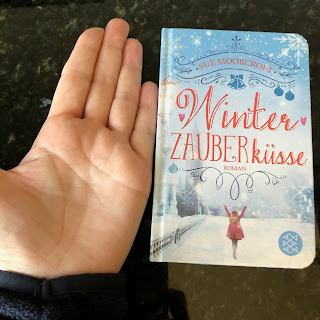 So why such a variety of covers? Covers are incredibly valuable when it comes to marketing novels. They play a great part in getting a book noticed and to its ‘pickupability’. Covers also say something about a book’s genre - but the genres are perceived differently in different cultures and the audiences are not precisely the same.

‘Christmas’ has been omitted from the Danish title because it’s not such a big thing there and the cover isn’t festive. The pocket-edition in Italy is markedly different to the hardback because it was part of a range made up of many authors and all the covers were created in the same style. In short, each publisher is an expert in its own market and chooses what will give its edition the widest appeal.

The Christmas Promise was my first book with HarperCollins and, having since written two a year, all these books are now moving across the pond. The next in Canada was Just for the Holidays in the UK but because of the different way the word ‘holidays’ is used in North America it will be Just for the Summer.

Meantime, back in the UK, Let it Snow is my winter release. 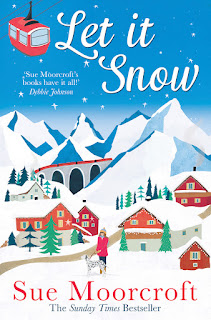 I’ve already accepted offers from my German publisher and my Italian one. It will probably come out in those countries in 2020. The US Team loved the UK cover so much they adopted it straight away and have brought it out already. My new release in Germany was my UK release last year but came out in Italy the year before.
Are you confused yet? I hope not too much and that the examples of The Christmas Promise and Let it Snow give you some idea of the depth and richness of the art - and business - of publishing novels.

Buy link: Let it Snow ebook in the UK https://www.chapters.indigo.ca/en-ca/books/the-christmas-promise/9780008355975-item.html?ikwid=christmas+promise+sue&ikwsec=Home&ikwidx=0

Buy link: Let it Snow paperback in the UK https://www.amazon.co.uk/Let-Snow-Sue-Moorcroft/dp/0008321795/ or at your favourite bookshop or supermarket 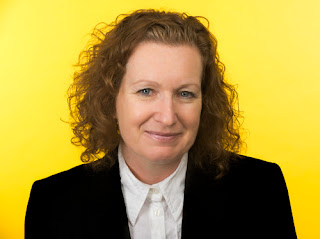 Sue Moorcroft is an award-winning and internationally bestselling author and has reached the coveted #1 spot on Amazon Kindle UK.

Her novels, short stories, serials, columns, writing ‘how to’ and courses have appeared around the world. If you’d like to see more of her covers go to www.suemoorcroft.com and click on ‘Gallery’.

Thank you very much for inviting me onto Romancing the Genres to talk about my covers, Judith. It's a pleasure to write a post for your lovely site.

Sue, it's always a pleasure having you stop by for a visit! I know I've heard so many people talk about the importance of covers but this post and the examples makes it much more real. I've been toying with the idea of changing the covers on the original Sacred Women's Circle series books but have yet to bring myself to do so. May be able to bite the bullet now.

A relaunch of a series often seems to be a great marketing tool - from what I've seen from other authors.

Very interesting post, Sue. Congratulations on your awesome international sales! The Christmas Promise sounds like a book I will enjoy.