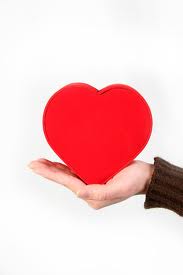 I’ve spent a great deal of time pondering what I should write about this month.  The subjects that were suggested by our Blog Queens "Marching to the Beat of a Different Drum."

I chose something entirely different.

I realize death is a sad subject to discuss.  It’s going to happen to all of us at some point in time.  The hope is we live long, healthy, happy and productive lives.  The sad truth is that many lives are cut short by accident, illness or war.

War brings me to the subject of this post on death.
Not all casualties of warfare come home in a flag draped coffin.

While watching “60 Minutes” last weekend I was stunned to hear the Veterans Association state that the average number of suicides per day for vets is twenty-two.  Every 65 mins a vet commits suicide. That is eight thousand and thirty lives per year.

Most of these are young veterans, men and women who survived Iraq and Afghanistan--but who saw such atrocities that their Post-Traumatic Stress Disorder was more than they could live with or who were injured so severely, death seemed better than life.

The young vet, Clay Hunt, who was the featured story, survived the war.  He won a Purple Heart, watched his buddies die in front of him and was wounded, sent home, recovered and went back to war.  When he finally was discharged from the Marines, he told his mother the events of his buddies’ deaths (and there were many deaths) kept playing over and over in his head like a horror movie.  He had PTSD.  Clay told his mother and father, “Marines are at war, and America is at the mall.”

He was disillusioned with America and the nonchalance and lack of concern about the men and women fighting the war.

Clay tried to make a difference in the world.  After the Marines he joined humanitarian efforts traveling to Haiti after the earthquake to help the people there.  He traveled to Chili after another earthquake to help.  Clay had a purpose and seemed to be adjusting to life after war.

But he wasn’t healed or adjusted.

Even with therapy and the support of a loving family and friends the war took Clay Hunt’s life.  He committed suicide at the age of twenty-eight.  Clay was unable to overcome survivor’s guilt and the never ending playback of death in his mind.  This is an American tragedy played out twenty-two times a day.

This young man won a Purple Heart.  He fought heroically for America.  He was brave.  He came home and the war took his life on American soil. https://stopsoldiersuicide.org
My heart goes out to Clay Hunt’s family.

To all the veterans I say thank you for your service, and God bless.  May you find peace of mind in this life.

You can help by donating to the following organization:

This Valentines perhaps donate to save another soldier.

Thanks for writing and publishing this post, Diana. Not everyone understands the long term effect of living with trauma, especially the invisible ones like PTSD, Brain Injury, Concussion, etc.

Thanks for stopping by Judith! And you are so right about the invisible traumas.

I'm sure these young men and women deserve so much more than the life long suffering they're currently enduring. So important they aren't forgotten and are properly supported. Well done Diana.

As an author who writes in the milieu of military history, I absolutely agree with raising awareness about the PTSD and other mental illness that affects so many of our courageous veterans. I hope that my WWII Heroes have a happy ending that extends well beyond the end of my novels (but the reality is that sadly for far too many, it's not). Thanks for the thoughtful post.

Sometimes it's also physical problems that dog your life for the rest of it. My younger brother was drafted out of high school and spent a year in Vietnam, where he was exposed to Agent Orange, before anyone knew the long term effects. He's been living with heart disease and diabetes and polymyalgia for over twenty years. His career as a police officer was cut short by a heart attack. At age 73 his heart is pumping at about 25% of normal. He needs two naps a day just to get through each day. But he's still alive. He's one of the lucky ones.

And the U.S. still has our military spread all over the world. At such a price to their future lives. It isn't fair.

This is an important post and I thank you for posting it. Our eldest son was in the Iraq war (two tours) in the Marines. He entered with the belief he was making a difference and helping the people of Iraq. He entered with the belief he would be a career Marine. He left after 8 years because he no longer believed in how politics had such an outsized impact on the military--either sending people to war without a care or sending them but not allowing them todo their job.

I was worried about PTSD with him, but he went in having already experienced death due to racism of a friend in college. I believe that prepared him for what he faced later in Iraq. I also have several friends who served in Vietnam who still experience PTSD. It is something that kills and something that we don't seem to be able to help quick enough.

Sometimes therapy, loving family, and friends isn't enough. However, it is the best we have and we at least need to make sure that is given to every member.

Dora , Thanks for stopping by !

Eleri,
Thank you for your insight as a historical author of WWII.

Amorina, thanks for stopping by .

Barb, I am so sorry to hear about your brother. Vietnam was a horrible, useless war and hurt so many innocent civilians and US soldiers. Thank your brother for his service and I wish him well.

Thank you to everyone who read or commented on this blog post.

Diana - your post brought tears. You are so right. Thanks for reminding us. My aunt was in the military ferrying planes back and forth between the US and England during WWII. She went on to be a founding member of Veterans for Peace. If only we could live in a world where people / countries communicated rather than fighting with each other… And then all the people who also suffer from PTSD from violence in their lives. It's a sad world for so many.