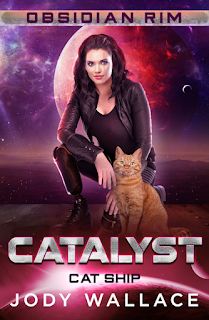 Just like readers are often in the mood for a certain kind of book, as an author I’ve found that, at various life stages, I’ve been drawn to write different flavors of stories. This month at Romancing the Genres, I’ve been asked to talk about the lighter side of my paranormal offerings, in particular my books that are dominated by cats. 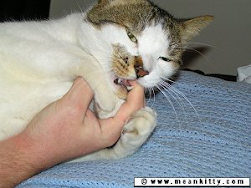 Okay, I wasn’t specifically asked to talk about books with cats, but what can I say? Dominated. Part of my brand over mumble mumble years of writing has grown to be cats. I mean, I had the website www.meankitty.com long before I was a published author, and I had cats long before I had, well, the ability to hold a pencil. 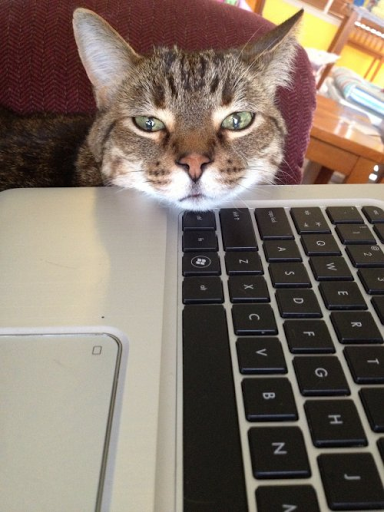 What is it about cats and interweaving them into my fiction? Cats are jerks, for starters, but they’re not necessarily villains. There’s a lot of humor to be found in hapless humans just trying to enjoy an adventure with some kissing but also having to deal with rascally cats who are threatening to run away with the narrative. Especially at 2 am when everyone is trying to sleep. You give a cat an iota of power, and—in real life as in stories—the unexpected is bound to happen. Dogs will do what they’re told or at least feel bad when they fail to please the humans they adore. Cats, on the other hand, only feel bad if you don’t give them the treats they deserve and will not hesitate to keep their humans in line. Humans, or other individuals you might like to read about, going toe bean to toe bean with cats for the upper hand (paw) also creates very interesting dynamics and opportunities for characterization. One of my current series is a science fiction romance extravaganza set in the far, far future on a place called Trash Planet. This is where the rest of the galaxy sends their garbage, because why not? When the heroine of the first book, CATALYST, is combing through a junk ship, she stumbles across a guy and a cat in a cryopreservation container. And to think, all she wanted was some nice stuff to recycle! Instead, the bad guys after the very special cat and his man threaten everything the heroine holds dear. Like, you know, her ability to be alive.  And eventually the man. She’s not so sure about the cat.

The Cat Ship series has two books so far, with the third due in 2021. They are funny, action-packed, medium-light in tone, and contain cussing and violence. And cats being oh so catty. 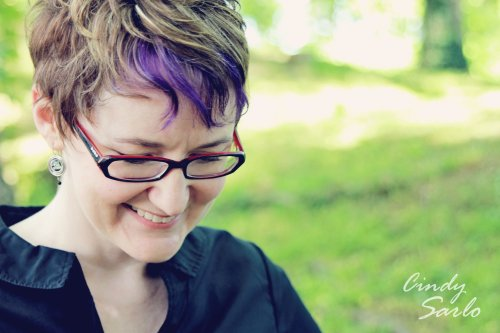 Jody Wallace’s 30+ titles include sf/f romance, paranormal romance, and contemporary romance. Her fiction features diverse protagonists, action, adventure, and humor. Her readers frequently comment on her great characters, suspenseful stories, and intriguing and creative world building. When describing her methods, Jody says: “There are two sides to every story. I aim to tell the third. And I add cats regardless.”

Outside of her fiction career, Jody has employed her Master’s Degree in Creative Writing to work as a college English instructor, technical documents editor, market analyst, web designer, and all around pain in the butt.

You can learn more about her at https://jodywallace.com

Jody, so glad you were able to be our guest this weekend. What a fun way to start the day! Love your humor and great cat pictures.

I have never read a book with a cat character! I will definitely try one of yours.

Which one would you recommend for a first time space kitty book?

I checked out our http://www.meankitty.com/ great pictures!

So enjoyed meeting you in the SEO class.

The first space kitty book is CATALYST but there are many authors who write about pets in space! If you want to try some shorter fiction as samples, there is an anthology series called Pets in Space that I think is up to #4 or #5. I'm not in the anthologies, but who cares! The important thing is finding good stuff to read :). I also have a free romance short story with a cat POV called "Cat vs Cocker", but it's contemporary and kind of profane. I mean, it's a cat...

Hey, cats make everything better! This one is definitely on my to be read list!

Catalyst was so much fun! Perfect blend of action, wit and cats. My own cats appreciated it; I gave them extra treats to leave me alone so I could binge read.

Fun post - I can totally get cats as a brand. They do have distinct personalities and attitude, for sure. I've had my own battles with cats who have definitely "owned" my house and me :-) I seem to remember a cozy mystery or two with a cat as a character, but can't remember titles or author (it was a long time ago.) Thanks for cheering up a dreary (weather-wise) Saturday.

I get it completely--cats are fun to write. The hard part is to keep them from taking over the entire book! :-)

I've read the two books that are currently out in this series: Catalyst and Catapult. It is a well-written, fun adventure with sentient cats and interesting humans. IMO it's a cross between a kind of Guardian's of the Galaxy feel with the cat(s) crossed with a combination of Star Wars (the big baddie being not a single person but a system) and a protagonist who could rival any MacGyver type with space trash.

By the way, I don't remember cuss words which means they aren't that prevalent as I don't like them. I'm sure there were some, but the fact it didn't stick in my head means it wasn't gratuitous or overkill. Really love these books.

Great post, Jody. I will have to try this book. Sounds fun.

Yes, there are many cusses, but the sex scene (SPOILER ALERT!) is more on the down-low end of graphic. I would not recommend it to people uncomfortable with salty language and a touch of blood splatter!