We all know that “laughter is the best medicine,” but did you know laughter is also a form of meditation?  Seriously, it’s a thing. In addition to laughter meditation, I discovered several forms of therapy that use laughter when I researched this month’s theme.  Heck, there’s even laughter yoga.  When I first encountered that term, I assumed it was the response of people who’d seen me do yoga, but I transcend, I mean digress.

Laughter Meditation is similar to traditional meditation but adds some giggling to the process. When I first attempted “regular” meditation, I was skeptical, but over the years I’ve come to truly appreciate the value of deep breathing. Granted, I needed scientific evidence supporting the benefits before I gave mediation a real chance. While I couldn’t find specific studies supporting the merits of laughter meditation, there is abundant research indicating laughter is indeed good for us humans, so I decided to give funny mediation a try (primarily for the sake of this blog).

There are three stages to this type of mediation: stretching, laughing, and meditative silence. The website I found did not include “stretching,” but I did that anyway—assuming yawning counts.  Here are the specific instructions I attempted to follow:

Okay, I just felt ridiculous. Have you ever tried to just laugh? For no reason? When all alone? My poor cat ran for cover. One website suggested “shout out “Yahoo” a few times and raise your arms up in the air. I did not try that. Come on—who uses “yahoo” for any but a search engine. Thinking about that did, however, make me smile for a few seconds, so I considered that “good enough” and moved to the next step.

Step 2: (One Minute) Sit in silence with your eyes closed.

Now I wanted to laugh. Since the “yahoo shouting site” also suggested: if there is still laughter bubbling up, allow it, I kept laughing. Then, at risk of wetting my yoga pants, I had to interrupt my meditation for a potty break.

Obviously, laughter meditation didn’t work for me. I know I come across as irreverent, but I can be truly quite serious—um, maybe I’m just irreverent. Despite my snark, I am truly not belittling Laughter Meditation; the benefits of laughter mediation include presence, lightness, stress reduction, and emotional release, i.e., the same benefits as regular meditation. But hey, potato-poTOTo, give it a try. Here's a link with more detailed instructions: https://chopra.com/articles/laughter-meditation-5-healing-benefits-and-a-10-minute-practice.

If it works for you, do it. And don’t give a crap what us bratty folk think. 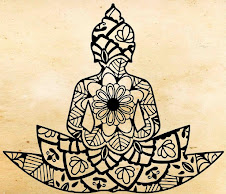 Robin, I'm not sure about laughter yoga or even regular yoga but I do believe in laughing, deep breathing and your last sentence - opps, not the grins and namaste - the one before that. Thank you for starting my day off with smiles and grins!

Loved it! I laughed reading this and was silent after...maybe that counts...because I DO feel better! :)

Well, I may not have laughed out loud, but I sure smiled! Thanks Robin!

What a great idea. I love to laugh. Does it count if you laugh at other people, and when they catch you, you try to be silent? Thanks, Robin

I like Howard's interpretation. In addition to laughing at other people, I have ample opportunities to laugh at myself. The silent part I have trouble with in either case. But thanks for the smiles.

Spit coffee out of my mouth as I read. I probably need to do laughter yoga combined with goat yoga to deal with the residual stress from 2020. Thanks for the laugh!

Robin, YOU certainly made ME laugh reading this. I would have no problem shouting YAHOO. It would make me giggle for sure.

I do vaguely remember a kind of "laughter therapy" that was popular in the 1990s. The mental health community that practiced this used it primarily to release feelings of anxiety and/or anger in order to help the client resolve issues more rapidly than otherwise. I think it actually came out of the laughter yoga movement in India.

Often the therapy was also paired with "play" therapy where people are encouraged to play games like they did as children or teens. Games often induce laughter--unless you are super competitive and it makes it even more stressful.

Whenever I'm super stressed and know I need laughter I make it a point to do at least one non-conforming thing every day that week. It may be dancing around the house (much to the chagrin of my husband), walking silly during my daily walk (as I'm alone no one is embarrassed except me, or wearing something silly. Recently a friend crocheted me a colorful crown. Wearing that while walking makes me smile, even though others think it's pretty weird. But then my neighborhood already knows I'm that weird grandma who walks around doing strange things. )

Thanks for reminding me of laughter therapy. IT really is a thing. And laughter yoga is still very much a thing--belly laughs improve the breathing.

Robin - I did not do yoga while reading this, but I did laugh. Yes, laughter is great medicine. One of the reasons, I tend to have so many ZOOM calls with writer friends. We yack and laugh - I'll suggest yoga on my call tonight and see how that goes over :-) I even did a belly dance class with writer friends, and yes, we laughed, and got a bit of exercise. We all needed much laughing this year, for sure. Fun post!

Laughter meditation sounds like the perfect means to a lighter me. Felt better after reading your take on the subject. I fid laugh. Kept picturing you embracing yoga yelling “yahoo”!