Everything old CAN be new again...by Peggy Jaeger

Last year I was cleaning and trashing old files on my computer because my memory storage was getting low and I was not in a situation to purchase a new laptop. I think back to that day when I was trolling through all the stuff I had deemed "unnecessary" and am so happy I decided to cull.

In so doing, I discovered a wealth of stories I'd written many moons ago that I just knew I could rework, edit, and publish now that I was an indie author.

I even found a new publisher for one of the stories that lead to a 5 book deal!

MERRY'S GHOST was written in the late 1990s when I was a part-time nurse and full-time wife and mother. When I wrote the story I was heavy into reading Paranormal books and decided, "I can write a ghost book, too." At the time I simply wrote because I loved writing. I never tried to get an agent or a publisher for the book but just put it into a file of completed stories. When I rediscovered it last year I happened to see a Twitter ad for Magnolia Blossom Publishing on the same day.

I printed out the book, changed a few things and updated the text and sent out a query to Magnolia.

The book was bought and then published 4 months later, with the added bonus that Magnolia offered me a 5 book deal. So far 2 books in the ROMANTIC HAUNTINGS series have gone to print, MERRY'S GHOST and THE HAUNTING OF WILTON JUNE, and I'm working on book 3 now. 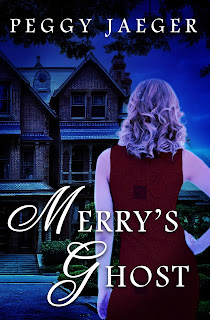 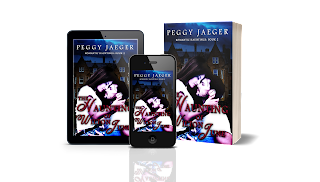 I found another book ( and PNR) I'd penned a few years after Merry's Ghost that I'd titled RENEWAL.

It was about a small-town Western Sheriff and a visiting psychic from New York. When I wrote this one I had been experimenting with different writing styles and putting a lot more effort into the more steamier scenes. I remember blushing in my office when I re-read a few of them, LOL.

Anyway. I loved the story and as I was editing it I decided I could make it a series because there were a few hunky co-stars that needed good women. Thus, THE SHERIFF & THE PSYCHIC ( WELCOME TO RENEWAL book1 ) was born and released this year. I've written about this before, but last year Amazon introduced a new serialization format called KINDLE VELLA. I currently have 4 books published on the platform, all of them murder mysteries and thrillers I wrote over 30 years ago. I modernized them after finding them and then published them on the platform. I have to tell you I've been making a killer, moneywise, from those stories. I made more money in one month with my two most read stories, VINDICATION and THE JANE AUSTEN MURDERS, than I did all of 2020 with my normal book sales. 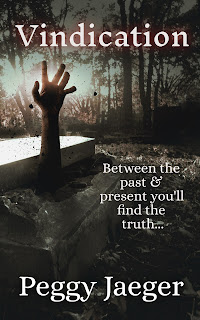 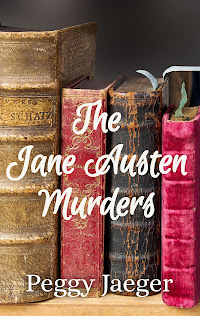 What's that saying? Old stories never die they just get re-editied??? So true in my case. So true.

I write (mostly!) romcoms about strong women, the families who support them, and the men who simply can't live without them. Visit me on my website Peggyjaeger.com where I blog daily about things that make me go, "What??"

Peggy, Thanks for sharing your "found" stories and having so many of them published!!! and best of all (or at least an added bonus) they are income generating!!! What was the hardest thing to update?

Judith, I think the hardest thing was the JANE AUSTEN MURDERS because it was so long originally - over 120000 words!! YIKES. Releasing it thru Vella meant the chapters had to be cut to be between 600 and 5000 words. too a bit of time to get them cut correctly, but I was happy with the results. I adore vella!

This is so cool! How fabulous that you followed up with these stories and they came to life for others to enjoy! Thanks for sharing your journey!

WOW - Peggy. This is so excited for you. I guess I need to look at all those books "under my bed." Although ALL will need to be heavily edited. Sorry to be late in checking the blogs!

Congratulations on revamping your old stories for publication. Vella sounds like something I should look into. Interesting that serials are so popular now!

MJ thank goodness for computers!! if i'd had those old stories lying about in print they would have been chucked years ago!

Deb - Like I said to MJ< thank goodness for computer files!!!! And yes, I had to heavily edit to get them updated, but I didn't have to WRITE them, which would have taken much longer, so SCORE!!! lol