Perilous, real life incidents in Canada's far north inspired events in Diamond Hunter, my romantic suspense available for $0.99 on Amazon.com and for £0.99 on Amazon.co.uk this week.

The RTG theme for April is hope. I had my share of nerve-wracking and downright terrifying moments as a passenger in bush planes when I was a junior project engineer based in Yellowknife, Northwest Territories in the early 1980s. However, a planeload of men I worked with endured hours of terror. Their tale illuminates how keeping one's cool and holding on to hope in a life or death situation is all that separates the brave from the... well, not so lucky. 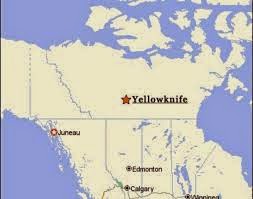 I took notes thirty years ago when two middle-aged consulting engineers described their traumatic experience to me. Here's their story.

The territorial department of Public Works had hired Montreal-based engineering consultants to design fuel storage facilities in the Arctic. One afternoon the two engineers and a construction contractor boarded a twin engine plane in Baker Lake to fly to Yellowknife, a distance of about 600 miles west as the goose flies. The Twin Otter was loaded with nine passengers and a lot of construction gear. The pilot had been flying since six a.m. and was tired when they took off.

There was no GPS satellite navigation back then. The magnetic north affects compasses. Pilots relied on visual identification of landmarks and radio, if and when in range. It's important to understand that there were no communities, no airports, no roads, not even a mine landing strip between Baker Lake and Yellowknife.

The pilot and copilot flew over endless miles of tundra and water battling heavy crosswinds. At some point they lost their bearings and strayed from the flight path. They were lost.

People who've traveled extensively in small planes over long distances know very well how long a particular type of plane can fly before refueling. Four or five passengers realized one hour beforehand that the plane would run out of fuel before they reached Yellowknife. Darkness closed in.

Eventually an engine cut out and the plane's nose dropped. One consultant grabbed his partner's arm in a vice grip. Even those two city boys knew they were in terrible trouble.

The pilots took the plane up to 15,000 feet on a single engine. Twin Otter cabins are not pressurized. As the minutes ticked by, the plane steadily lost altitude. Ten miles out of Yellowknife the second engine sputtered and died.


Yellowknife is built on granite and surrounded by water. There were no paved roads or streetlights beyond the town of 12,000. Everyone on the silent plane held their collective breath as the plane glided down in the pitch dark towards a terrain unforgiving to dead stick landings.

Then the pilots spied tiny lights on top of hydro towers and adjusted the heading to aim for them. The pilot had radio contact with the Yellowknife airport tower by this time, but he'd no hope of making it as far as the runway. Yet he kept his cool and didn't give up.

Orienting himself by the lights atop a string of towers, and by memory more than anything, the pilot prepared to land the plane without power. The copilot later admitted he didn't see the dirt road until two or three seconds before the wheels touched down.

Miraculously, the plane landed safely, although it ended up in a ditch. No one was hurt. Everyone jumped out and shook hands.

A pickup truck happened to come along and pulled up. A man got out and approached. "I usually have a case of beer for situations like this," he said.

The RCMP arrived. "I don't have a form for this situation," an officer admitted.

I have no idea what happened between the time the plane landed and the next day in my office. However, I strongly suspect the passengers headed straight for a bar and drank to that pilot's skills and courage. 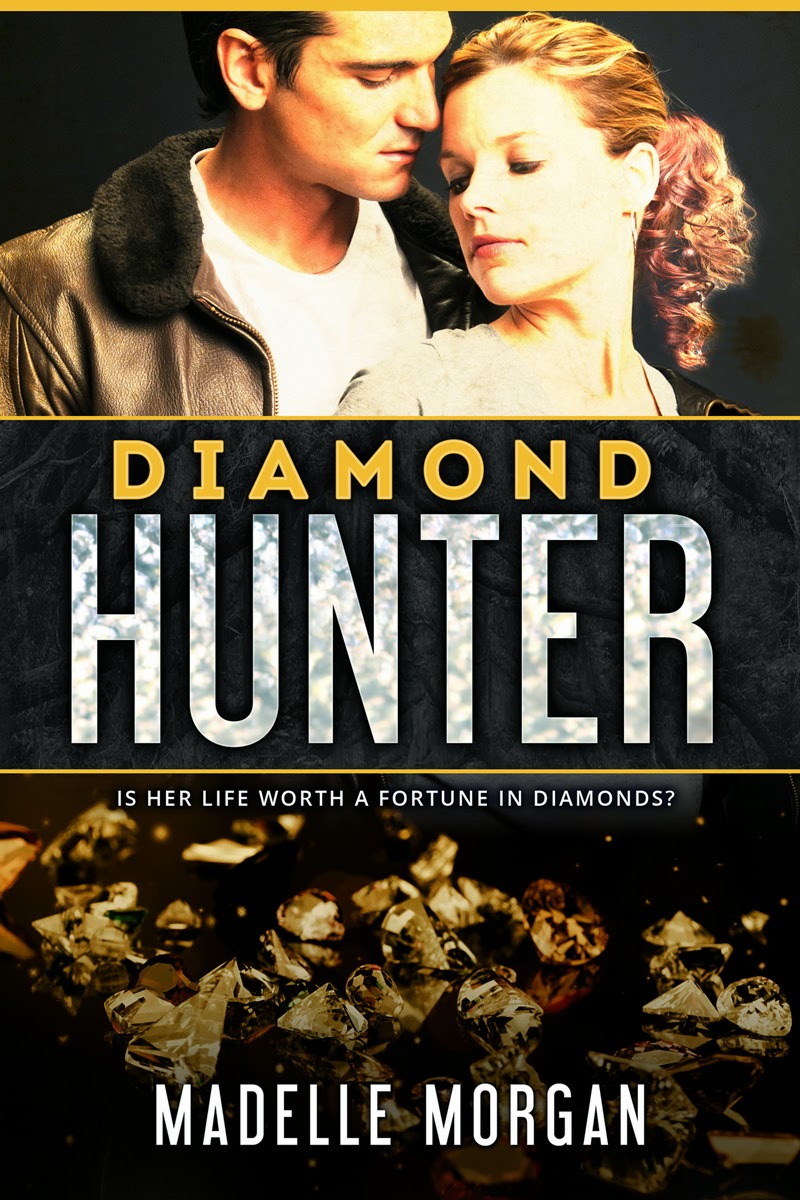 Is her life worth a fortune in diamonds?

Geologist Petra Paris, on a mission to clear her father's name, disrupts a smuggling op at a Canadian diamond mine in the arctic. When escape by air is cut off, desperate smugglers escalate to murder. RCMP cop Seth Cooper, undercover as a bush plane pilot, needs to capture them before Petra becomes the next victim.

Wow, Madelle! I do know many people love to write and read fantasy or science fiction but sometimes truth is even more awesome because it is - true.

But for the tenaciousness and competence of the pilots, your story could have had a very different ending.

PS: I'm looking out my window into my backyard. It rained last night and the sun is now shining. I've diamonds twinkling on the ends of my larch's limbs. Very beautiful.

Unfortunately back then it was not uncommon for such situatons to turn out very differently, especially at 40 below.

Everyone in my office had several nail-biting experiences. In fact, we were sent on survival training and always took a kit with us in our pack. One engineer even considered taking flying lessons in case he needed to take over from the pilot.

One message I'll never forget: Don't fly in a white-painted plane in the winter. If it goes down, good luck finding it in the vast expanse of snow and ice.

That was a thrilling blog post. Thanks for sharing!!

Madelle, it makes total sense to have a survival kit with you and to never fly in a white plane in winter. So glad you made it through that time in your life and you are using your experiences to inform others as to the dangers of mining for diamonds and living/working in the North. Because you were there, your writing has an element of authenticity that is hard for others to come by.