All in Good Fun?

Even a war didn’t stop crew and passengers from participating in a naval tradition dating back centuries: the Crossing the Line ceremony. Tradition held that as a ship approached the equator, those who had made the crossing before, trusty “shellbacks,” initiate equator-crossing virgins or “tadpoles” (I replaced the actual term used for the initiates, which has unfortunate racist connotations, with tadpoles in my novel). 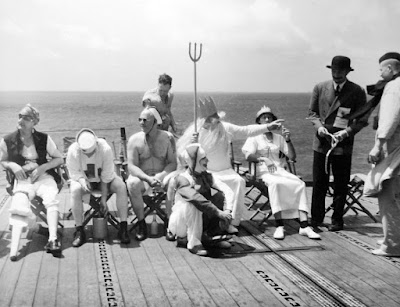 Charged with entering the domain of King Neptune without permission, tadpoles must earn a shellback card that will give them permission to freely roam the Seven Seas by surviving a series of time-honored rituals. At a riotous pageant with participants sporting outrageous costumes that is held the night before the ceremony, King Neptune and Queen Amphitrite, along with a few other members of the “royal family,” are selected by popular vote.
In the next novel in my Clubmobile Girls series, my heroine Hadley joins her fellow tadpoles in navigating through the various proscribed ordeals of the Crossing the Line ceremony. All the Red Cross Girl memoirs from women who served in the Pacific theater that I found described participation in the ceremony. It was – and still is – permissible to decline to take part in the tradition. However, Red Cross Girls are nothing if not adventuresome and fun-loving. Though I did not find any photographs depicting Red Cross Girls, nurses, WACs or other women as participants, you might like to view this restored color footage of a WWII-era Crossing the Line ceremony from aboard the USS Knox.
An obstacle course typically features first in the ceremony, followed by various stops leading to the court of King Neptune. The first stop is often the royal photographer, whose camera might take a picture or might unpredictably shoot dye in your face. Next up is likely to be the royal doctor who might swab your throat with hot sauce. The royal dentist might rinse your mouth with a foul concoction of eggs, beer, and fish soup or something equally horrendous. The royal barber is then apt to shampoo your hair with some foul substance bearing an odor guaranteed to linger long after you’ve earned your shellback card, or, worse, cut or shave off your hair.
At some point amidst these stops, the tadpoles reach the Court of King Neptune and are sentenced for the crime of entering his domain without permission. Punishments are often comical and theatrical: playing childish games such as Ring around the Rosie for the amusement of the court or singing the national anthem backwards.
The end of the ceremony unvaryingly involves immersion and dunking the initiates, a conclusion rife with symbolism.
After shellback cards are issued to all the initiates, a raucous party with free-flowing alcoholic beverages typically ensues. 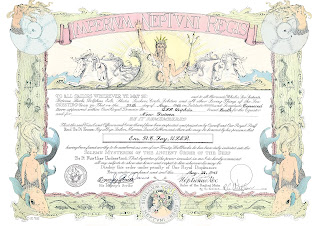 Farcical yes, but many of the standard elements in the ritual themselves “cross the line” into hazing. Today most navies officially proscribe observation of a weakened version of the Crossing the Line ceremony – an attempt to keep the fun without the bullying. Some cruise lines now offer a slapstick version of the ceremony to passengers. A writer who endured the ceremony in recent years wrote an insightful account of his experience, including photographs and his discussions about the origin and purpose of the ritual with a folklore expert.
#FunNotFun might be an apt hashtag for Crossing the Line experiences. 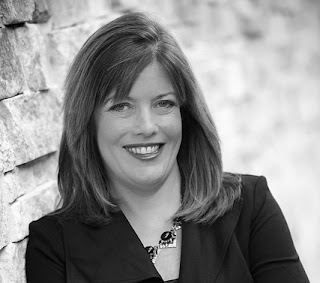